skip to main | skip to sidebar

“Comics are a narrative art form, a form that combines two other forms of expression: words and pictures. Like any other medium, it's value-neutral. There've been lots of rotten novels and paintings, and zillions of rotten comics. But in the hands of someone who knows how to use their medium, great things can happen. Good comics make an impression that lasts forever…”

The Art of Storytelling

Writers are known for their sense of storytelling. Graphic artists on the other hand, are often overlooked for this ability. The story is often a secondary prerequisite in the graphic novel, if a requisite at all. Perhaps due to the combination of visual and narrative responsibilities that befalls a graphic novelist; people are less likely to scrutinize the storytelling element. In fact, not only is the narrative not scrutinized; it may be forgotten all together. To do this would be a tragedy to the art of storytelling and the storyteller. 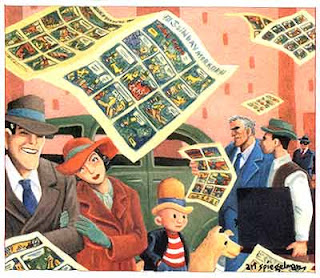 As a graphic novelist Spiegelman assumes this role, time and time again; breaking any stereotype that may exist about the abilities of a graphic novelist to tell a story of substance and of resonance.
Posted by Sochy at 11:30 PM No comments:

Art Spiegelman is one of the most important contemporary American artists today. Being the son of Holocaust survivors, he sheds light on historical fact with personal touch. In fact, he is one of the most outstanding "second-generation" creators of depictions of the Holocaust. Since the 1970s, Spiegelman has produced many intellectually captivating comics and illustrations. 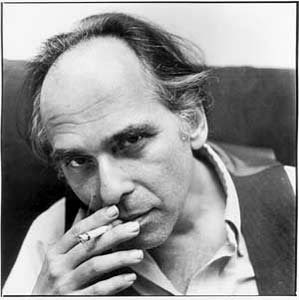 He brings astuteness to the graphic novel and does not shy away from bold art. His covers for The New Yorker have occasionally been controversial. The terrorist destruction of the World Trade Center in New York City on 11 September 2001 allowed for Spiegelman to comment on the impact of tragedy on the individual, the nation, and the world. He is quoted as saying, “that at last he understood something of the experience of his parents' generation”. His cover design for The New Yorker showing two barely visible twin towers in black remains a powerful memorial to that horrific event and a testament to Speigelman’s forte. 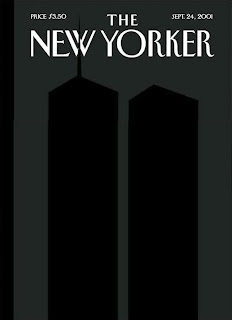 He has co-edited collections of children's stories as well as illustrating several books. Spiegelman and Mouly co-edited volumes of the Little Lit series: Folklore & Fairy Tale Funnies (2000), Strange Stories for Strange Kids (2001), and It Was a Dark and Silly Night (2003), sophisticated children's stories in comic-book form. But once again bringing intelligence to his genre he adds depth, culture, and history to these stories. The stories in this series that Spiegelman himself contributed is based on a Hasidic tale. Having reaffirmed his Jewish identity with the Maus volumes, Spiegelman remains close to his ethnic origins. 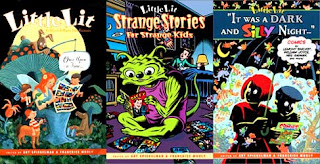 His major Holocaust work, Maus, A Survivor's Tale (1986, 1991), is a graphic novel, an extended comic book that treats serious subjects in greater depth and with a wider variety of techniques than is possible in the severely circumscribed popular comic book. Despite its designation as a "novel," that is, a work of fiction, the graphic novel is not exclusively limited to fiction but often includes autobiography, biography, and other forms of verifiable narrative.
Posted by Sochy at 11:00 PM No comments:

Maus: A Survivor's Tale has the ability to rapidly suck readers into the story. 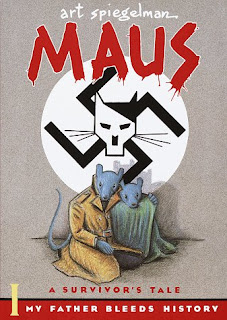 It is a thoroughly constructed and thoughtful piece of work. Not only is it the story of a survivor of the holocaust, but it is the story of how Spiegelman’s own father had survived the holocaust. It is both his father’s story and his story.

In the telling of this tale we come to understand both Spiegelman and his father. Such insight provides readers with an understanding of how the past connects to the present, and how we are all shaped by history. Spiegelman uses narrative techniques of the flashback to add emotional, psychological, and dramatic influence to the story. In this way Maus is multifaceted and complex.

Though intricate, the story remains approachable and personal. By putting a piece of himself into the work – Spiegelman balances it out, and is able to add a certain level of vulnerability and honesty to his novel. In his recreation of how the book came to be, Spiegelman acts as an interviewer. His dad must tell his story in order for Spiegelman to get his. The manner in which Spiegelman portrays the process is authentic and intimate. There is a real world quality that he recreates in his work. 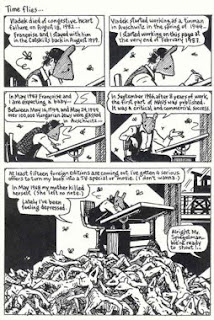 Spiegelman’s basically showing us how Maus came about. The world of fact and fiction are infused to make art of quality and a story of significance. Perhaps "autobiographical graphic novel" is the best way to describe Maus because it fuses together the source of the story in the author's own life and yet allows for some fictional element. Spiegelman puts together historical facts about the Holocaust and his and his parents' lives -- even the characters bear the same names as their real-life counterparts. The character Art confesses to his wife, Françoise, in the second volume of Maus that the Holocaust is a hard subject to deal with for someone who was not present. This difficulty is expressed in the mix of historical fact and creative fiction. 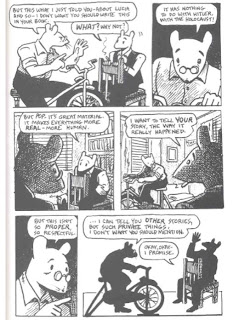 In addition to its level of excellence, Maus is entertaining and fun to read. In the interaction between Artie and his father, readers come to understand how individuals can vary as a product of their time. Spiegelman uses this generation gap as an obstacle in his story. It could even be argued that the story of the holocaust is secondary to the story of father and son. 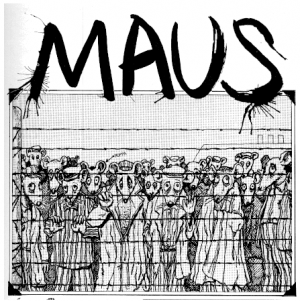 Spiegelman weaves many different levels of narrative technique and storytelling strategies to grab his readers’ attention. His autobiography is tailored to entertain and evoke emotion; thus making the novel universal and of significance to just about everyone. 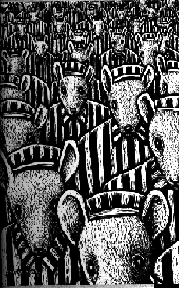 It’s hard not to be deeply invested in the characters: a difficult father, a mother who committed suicide, his father’s current girlfriend, and a dead but “perfect” brother -- in which our narrator Artie (who happens to be Spiegelman himself) -- was constantly compared to. 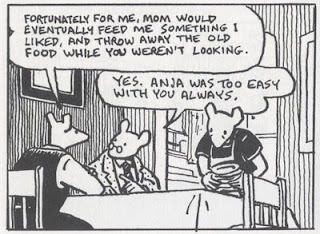 Spiegelman gives each of these “real life” based character the breath of life needed to bring them off the pages. As Artie attempts to interview his father for the retelling of his story; readers learn about them through their interaction with each other. So, Spiegelman relieves himself of the burden of having to describe the characters by showing us instead. The graphic novel has the benefit of telling its story in a fashion similar to movies with picture and action while retaining the voice of narrator. 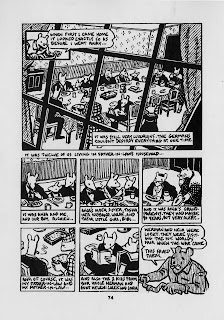 The fact that the characters were portrayed as mice did not seem distracting or detracting to the character’s development or story. There were times when they felt more human than humans themselves. Spiegelman portrays the Jews as mice, the Germans as cats, the Americans as dogs, the British as fish, the French as frogs, the Poles as pigs, the Swedes as reindeer, and the Gypsies as moths. Many commentators have pointed to the aptness of these choices -- while others critique it as stereotypical generalizations.

The numerous volumes of Maus fall into different sections. Spiegelman shows the movement from the tortured life and death of one generation to the rise and continuation of the psychologically damaged second generation. The story takes place on numerous levels. As mentioned, there are series of flashbacks to the past and moments in the present as Vladek tells his story to his son. Spiegelman shows the generational gap between the characters, and provides further proof that these are indeed complex and dynamic characters. He also constructs the story as it is being constructed giving it warmth and a personal touch. We get two good stories in one and proof that Art Spiegelman knows the craft.
Posted by Sochy at 11:56 PM No comments: 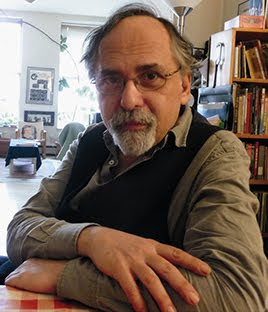 Art Spiegelman understands the power of the narrative. His novels provide warmth and engagement; while telling a story one cannot steer away from. In this sense, he is a powerful storyteller.